Another big advantage is that the Pico G2 4K runs on an open Android system. This makes it easier to make changes for business use. Examples of this are deactivating buttons, limiting user rights (kiosk mode), and mobile device management. You also do not necessarily have to use the Pico controller. This makes it a handy VR headset for retail setups, events and trade shows. A disadvantage of the Pico G2 4K is that there is still little entertainment content in the Pico Store.

Easy to use without controller

Very comfortable due to ergonomic design 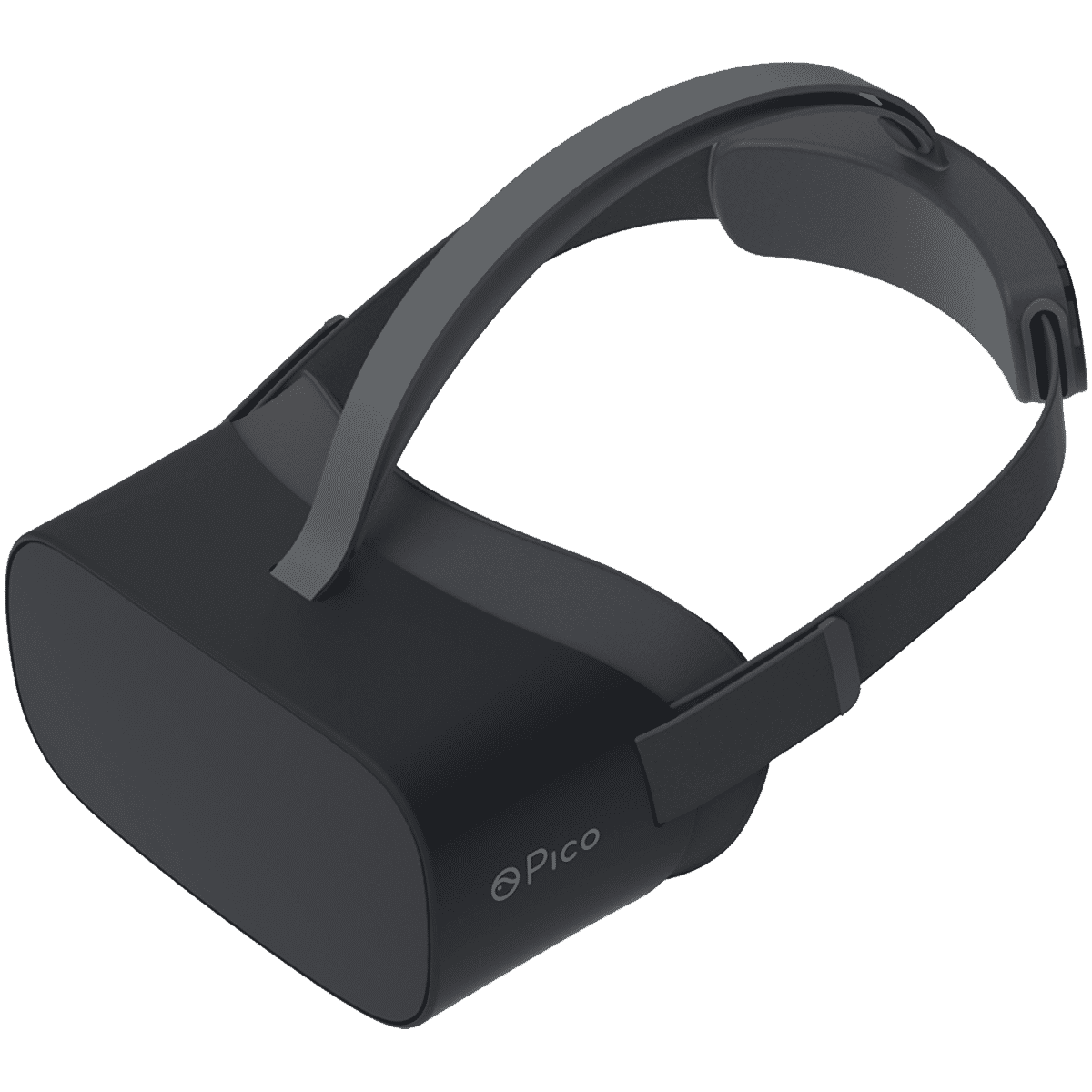 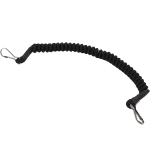 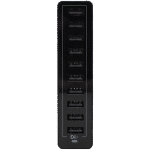 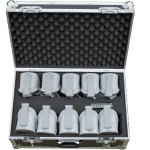 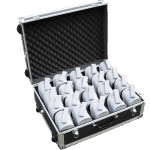 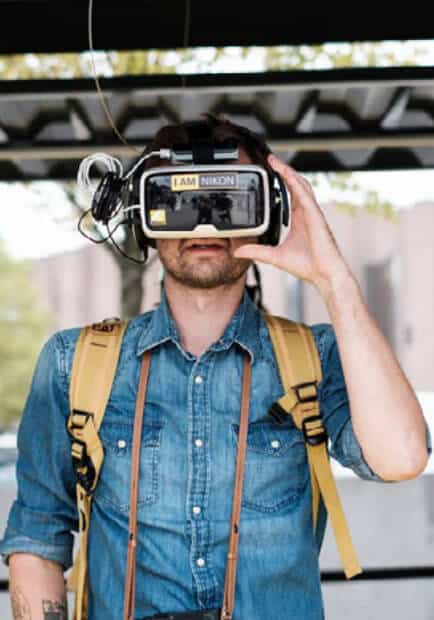 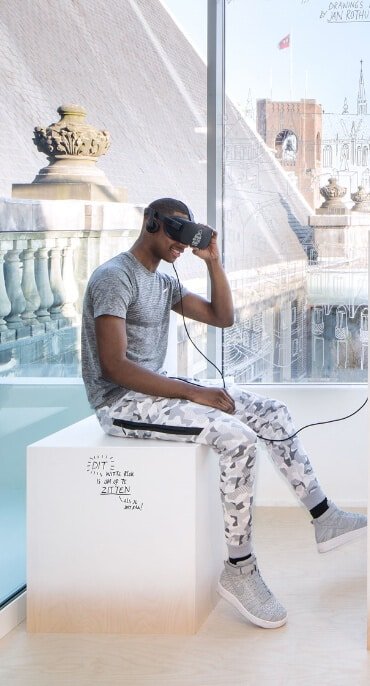 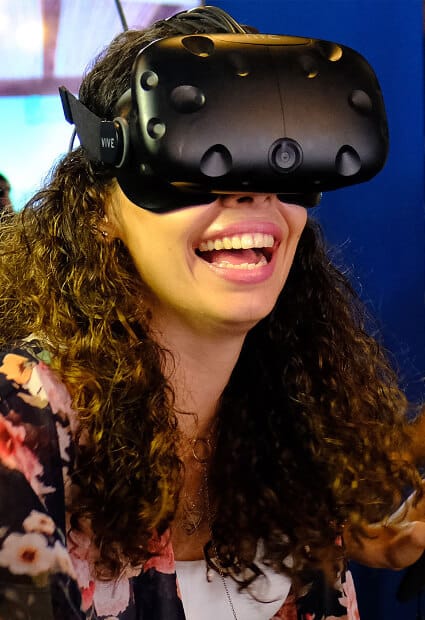 Can the Google play store be downloaded on the Pico G2 4K?

It is not possible to download Google Playstore on the Pico G2 4K as Pico does not support it.

Can you replace the battery of the Pico G2 4K?

As a consumer, it is not possible to manually replace the battery. Are you experiencing battery issues? Then contact the supplier.

Can you increase the internal storage of the Pico G2 4K?

It is possible to use an SD card with the Pico G2 4K to increase the internal storage.

Which platform does the Pico G2 4K support?

The Pico G2 4K is supported by the open Android platform. This makes it possible to download Android applications.

Can you have the screen of the Pico G2 4K duplicated on an external screen / monitor?

Is it possible to connect your smartphone to the Pico G2 4K?

By itself it is not possible to connect to the Pico G2 4K with your smartphone.

Can the Pico G2 4K be in developer mode?

Is it possible to put your own applications on the Pico G2 4K?

With the supplied USB-C cable it is possible to put your own developed applications on the Pico G2 4K. You also have the option to download existing applications from the Pico Store. (See included VR-Expert Pico G2 4K Quick Guide).

If the Pico G2 4K is sunburned, can I replace it?

It is not possible to replace the lens of a Pico G2 4K if it is sunburned. It is therefore important that the Pico G2 4K is not exposed to the sun for a long time.

Is the Pico G2 4K suitable for outdoor use?

The Pico G2 4K is suitable for outdoor use. Make sure that the lenses do not come into contact with sunlight for a long time.

Is it possible to replace the glasses piece of the Pico G2 4K?

The Pico G2 4K gives the possibility to replace the glasses piece.

Is it possible to experience multiplayer experiences on the Pico G2 4K?

The Pico G2 4K is suitable for multiplayer experiences.

In what ways can the Pico G2 4K be controlled?

What is the best use for the Pico G2 4K?

Because the Pico 4K is a standalone VR headset, it can be used on location. It is not necessary to pair this unit with a PC or laptop. In addition, the Android operating system lends itself well to additional software applications. This makes it possible to enable custom functions such as external control, kiosk mode or simultaneous viewing. The Pico 4K is therefore a flexible standalone VR headset.

What are the advantages of the Pico G2 4K?

The Pico G2 4K has a high resolution screen with which the image quality is higher than with comparable models. In addition, it is possible to replace the face cushion, so you do not have to buy a new Pico G2 when the cushion is worn or dirty. Another advantage is the quick installation method. It is not mandatory to create a new account per device or register what makes this product particularly interesting for a virtual cinema where multiple devices are used.

Can the Pico play 8k videos?

Pico G2 4K in short
These are the most luxurious VR glasses that Pico currently has in the range. The G2 product line continues to build on the popular Gear VR from Samsung and the Oculus Go from Facebook. Nevertheless, Pico knows how to add some interesting features, which will particularly appeal to the business user such as a “kiosk” mode and controller-free operation.

About Pico Interactive
This company was established in 2015 and is located in Beijing, China. Their first product under the name Neo was groundbreaking, and would be one of the first VR glasses that did not require a PC and still offered complete freedom of movement. This pioneering work meant that the 6DoF system fell short in practice, so the current product line is equipped with 3DoF technology. It does indicate that the developers behind Pico think “out of the box” and are not simply guided by the competition.

What makes the Pico G2 4K special?
Standalone: ​​You can use these VR glasses directly without an external PC or gaming laptop. That not only makes it a user-friendly device, it also saves a lot of money. No external cables are required, although a controller is included, the system also works with physical exercise as standard.

Little space required: The compact all-in-one system makes it easy to keep one or more sets ready. In addition, the user is limited to looking around, physical walking in the virtual environment is not possible. In combination with the 4K screen, this VR headset is ideal for passive experiences such as viewing a 360 video in a (rotating) chair.

Counterweight: The Pico G2 4K is the only product in the collection that comes standard with a counterweight. Because the battery is located on the back, there is less pressure on the front of the face, which many users find more pleasant.

Controller-free mode: A quite unique standard feature is the possibility to control the system with physical exercise, an external controller is then no longer necessary. Incidentally, “gaze-based” navigation is not unique for mobile VR apps, the app must be prepared for this functionality.

Hygienic in use: The soft cushion that rests on the face is easy to remove and clean. That is clearly an option designed for public presentations such as fairs and events. At home with multiple users, it is also quite a fresh idea.

Memory is expandable: The 32GB internal memory will be sufficient for most users, yet it is possible to expand the memory to as much as 256GB storage space. This can come in very handy for 4K video. Need even more? Then you just exchange the MicroSD card.

Android system: These VR glasses work like many standalones based on the Android operating system. In this case, the OS is easy to access for software developers, which creates new possibilities for custom applications.

Kiosk and broadcast mode: By default you can lock the headset to one application, you can also show the image on an external screen without using additional hardware or software.

Limitations to take into account
3DoF stands for “Three Degrees of Freedom”. This means that you can look around completely as long as you stay in the same position. That makes the VR experience more limited compared to the 6DoF Virtual Reality headsets. This can be an advantage for presentations in smaller spaces and for users who have little experience with virtual worlds. The lower 72Hz refresh rate compared to 90Hz on the standard G2 is due to the larger number of pixels on the screen. This is not a problem for video, you will notice this especially in fast games.

VR for business use
The sleek black finish immediately shows that the Pico G2 4K is intended for “serious business”. The higher image resolution proves that it is not just external display. Because the Android system on this device has been kept as open as possible, a company can relatively easily build and load applications on this system. The “kiosk” mode is standard part of the features, you can show one application while the access to the standard menu is locked. The controller-free option allows the user to navigate even without a remote control, a feature primarily intended for the business market.

Conclusion
The main advantage of the Pico G2 4K compared to the standard version is a better screen with more pixels. This is at the expense of the refresh rate, but the increase in sharpness more than makes up for it. Furthermore, the hardware is almost the same, although the black housing immediately gives a luxurious look.

These VR glasses are mainly aimed at the business user, the end consumer will probably opt for the slightly cheaper G2 version because it contains more memory as standard.

Do you have to take your glasses off to use the Pico G2 4K?

Can the Pico play 8k videos?

Can you use the headset outdoors?

Do you have access to the Pico store on your computer?

How long does the battery last?

How much memory is on the Pico G2 4K?

How much resolution is there on the Pico G2 4K? 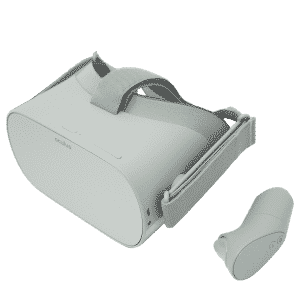 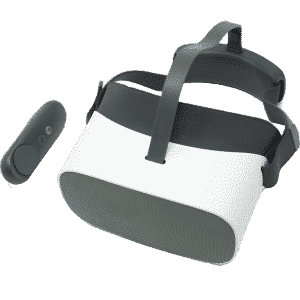 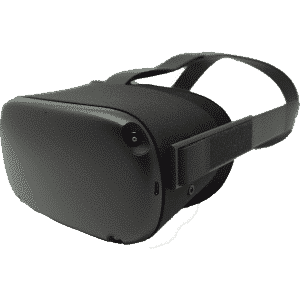